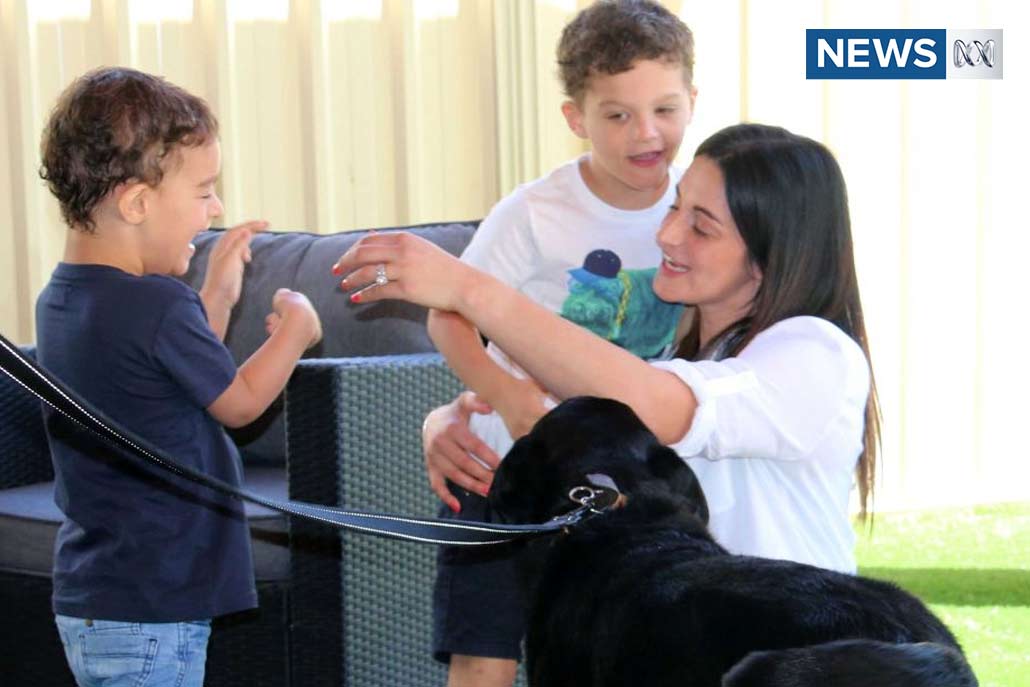 Posted at 07:31h in In The News by Think Fragile X

Maria and Luke Goss had their world turned upside down when both of their sons were diagnosed with fragile X syndrome.

The genetic disease is rare and relatively unknown and causes both intellectual and physical disabilities.

The couple from the Perth suburb of Kensington found out their four-year-old, Ethan, had the condition first.

“We knew early on something was clearly wrong,” Ms Goss said.

“At 15 months, his developmental milestones just weren’t being met. He wasn’t crawling or walking and wouldn’t really make eye contact with anyone.”

They then tested their younger son, three-year-old Logan, only to find he also had the rare disease.

“Ethan’s quite severely affected, he’s also recently been diagnosed with autism as well,” she said.

Fragile X affects one in every 4,000 males and one in every 6,000 females in Australia each year, and one in three children with fragile X is also diagnosed with autism.

Ms Goss discovered she was the carrier of the gene.

“I still struggle with the guilt, but I know I had no control over it,” she said.

Ms Goss and her husband founded the Think Fragile X Foundation in late 2013 to raise awareness of the syndrome, so other parents did not find themselves in a similar situation.

“You want to know as much as you can, because the first time you hear those words – you have no idea what your future holds anymore,” Ms Goss said.

“But there’s not a lot in WA we could turn to.”

They raised over $200,000 through gala dinners, which went towards upgrades at the Kids are Kids Therapy and Education Centre in Bateman, which the Goss boys attend.

“We were told the early years are crucial and they’ve been there for nearly three years now and it’s just been amazing the change we’ve seen in both boys,” Ms Goss said…