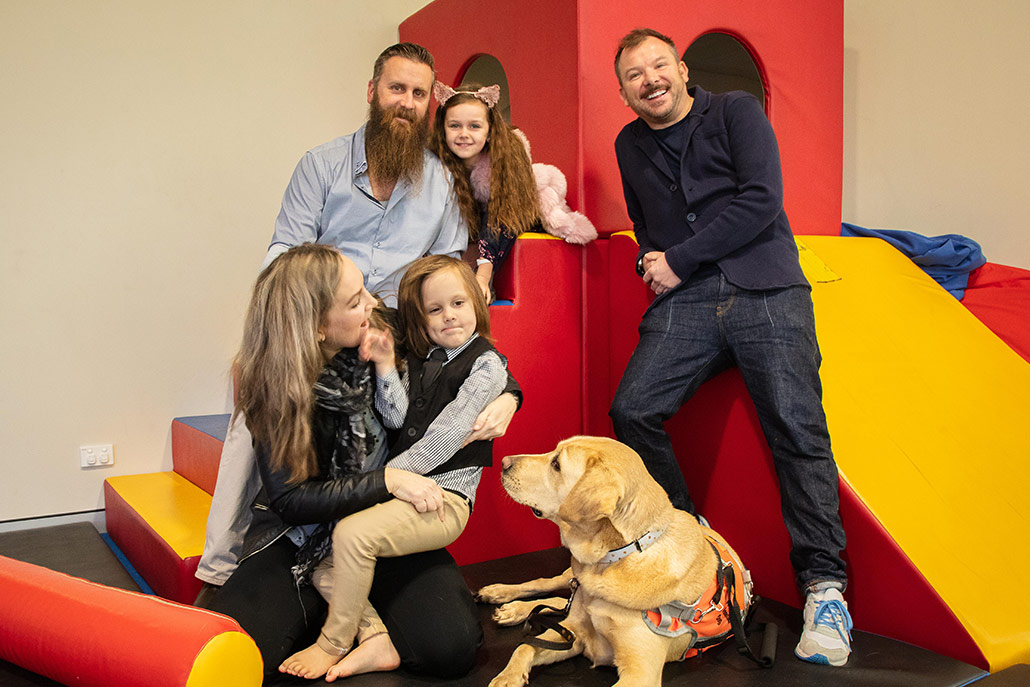 Posted at 09:32h in Community by Think Fragile X

We congratulated our very first Autism Assistance Dogs (AAD) Koha & Poppy, at a very special graduation ceremony at Guide Dogs WA in July. It was a beautiful and intimate ceremony where both families spoke on the differences these amazing dogs have made to not only their child’s lives but their whole families.

Fletcher, lives in a world of frustration. This little boy has non-verbal autism. He is at the extreme, high needs end of the spectrum: he cannot communicate or understand those around him. Unable to express his fears, his frustrations, his needs and his emotions, his way of coping is to run… and run… and run at every opportunity. Fletcher’s mum Kate and his dad Rick were constantly on high alert, especially when they would take their young son out in public.

Before Koha joined their family, their world consisted of endless nights of broken sleep. Fletcher is so sensitive that he wakes at the slightest sound and remains awake all hours of the night, disturbing sleep for the whole family. There was also the relentless anxiety and being on high alert 24 hours a day.

But now Fletcher has met his match with Koha: the very first Guide Dogs WA Autism Assistance Dog. With his beloved dog by his side, Fletcher now sleeps solidly through the night. And where Kate would never have previously dreamed of taking both kids for a stroll by the river, with Koha harnessed by his side, Fletcher’s behaviour has literally transformed.

“Before Koha came into our lives, we were all completely exhausted: we just got stuck at home, because even walking around the block was just so hard and stressful because he just runs, and runs. But Something happened on that first day – the effect of Koha was incredible. As a parent it gives you hope. It can be a tough journey at times and Koha has given us something that nothing else has given us.” – Fletcher’s Mum, Kate. 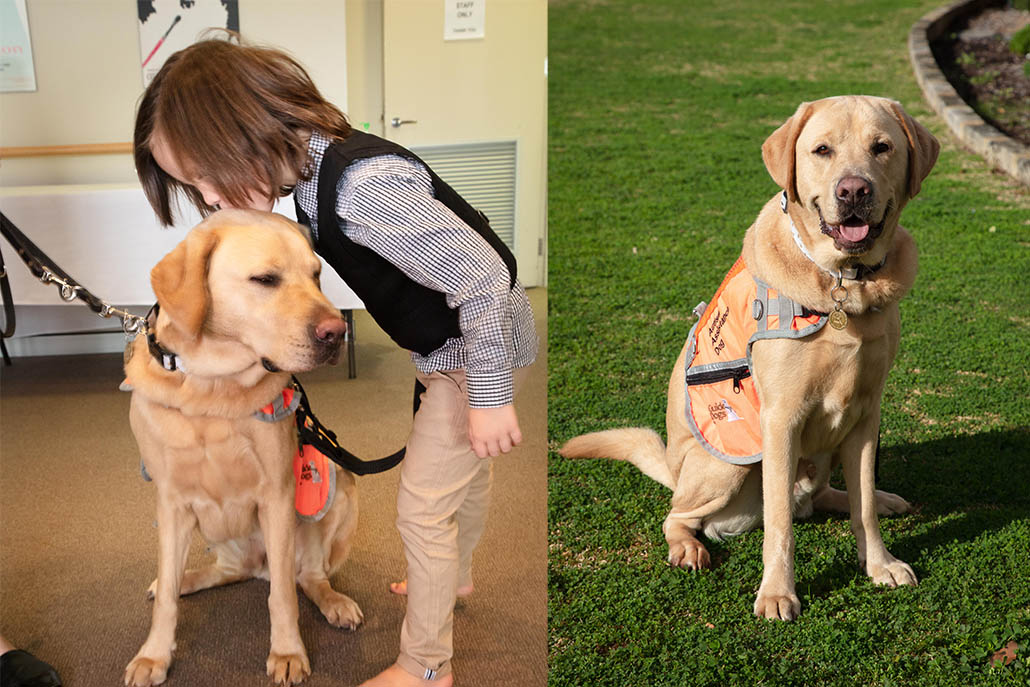 Poppy became part of eight year old Blake’s family in late 2017. Like Fletcher, Blake would bolt off and, as he got older, bigger and faster, the bolting became harder to manage. The AAD training program taught Poppy to “anchor” and stop Blake from running.

“The impact of having Poppy in our family has brought the family much closer together. On behalf of my family we would like to express our extreme gratitude to everyone who was involved in making this possible for our family”. – Blake’s Dad, Richard

It was such a privilege and honour to share in something so special, to hear first hand just how much of an impact these amazing dogs are making. We look forward to hearing about all the new adventures they get up to together. 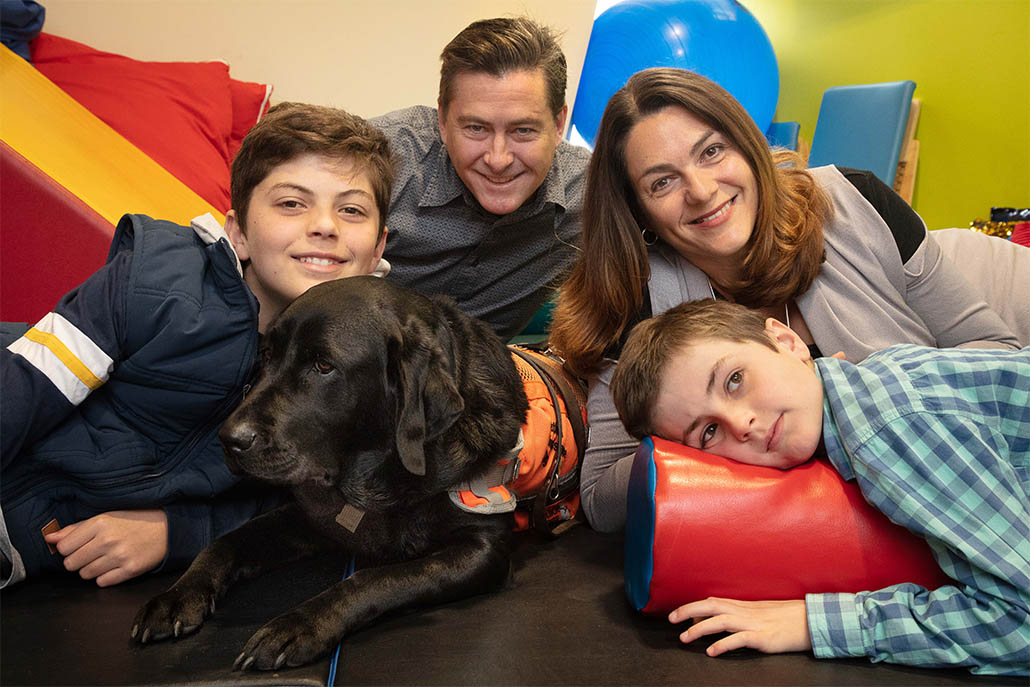 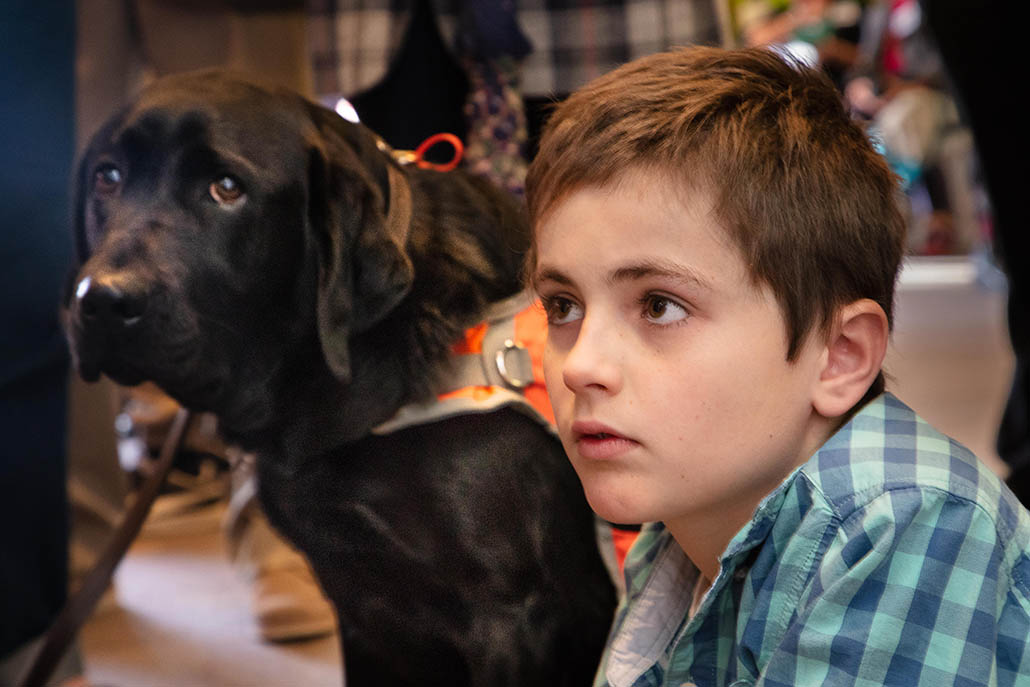